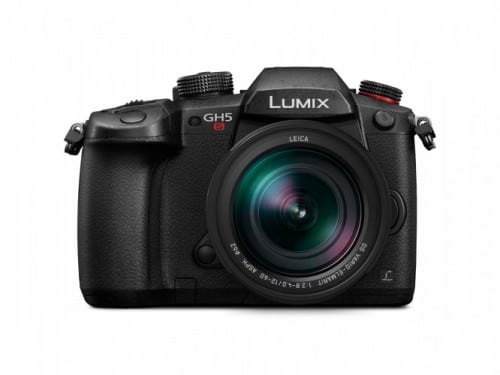 Panasonic’s GH5s is an update to the GH5, specifically aimed at professional video shooters. It adds more video options to the GH5’s already impressive specs, with improved low light performance. It’s probably the best mirrorless camera you can buy for filmmaking, unless you need to shoot in extreme low light.

Panasonic have designed the GH5s around a new sensor. The 10.2 MP sensor has around half as many effective pixels as the GH5. This makes a lot of sense for video shooters, particularly with small MFT sensors: as each pixel is bigger, it can capture more light.

It’s also dual-gain. You can switch between two different modes depending on how much light you have. Normal mode is based on getting the best dynamic range (the amount of contrast the camera can handle); in low-light mode the priority changes to reducing image noise.

The new sensor lacks the GH5’s impressive in-body image stabilisation. That’s because most pro users will mount the camera on a tripod, jib or stabiliser. In-body stabilisation can cause jitters in situations with a lot of vibration, eg with the camera mounted in a vehicle.

Other new pro features include timecode in and out, and the ability to shoot full ‘digital cinema’ 4K in slow motion and at PAL and NTSC television frame rates. It also includes V-log, which can make contrasty scenes easier to film and colour-correct at the editing stage. It can also shoot HD video at up to 240fps.