Sound is a really important part of filmmaking. You need to choose the sounds you want, and cut out the ones you don’t want. The best way to do this is to use a separate microphone, not the one in the camera.

Why you need a separate microphone

The big problem with any in-camera microphone is that it’s near you, not the source of the sound. Move closer or further away to get different shots and the sound will change. And it’ll probably pick up sound from all around, including stuff you don’t want.

Even if you buy a better on-camera microphone you’ll only get good sound when you’re up close. You really need to put a microphone near the sound that you’re trying to record. Only use in- or on-camera microphones if you’re working in a hurry (e.g. in a news or event situation) and don’t have time to set up separate mics.

Lavalier or ‘tieclip’ microphones – worn on clothes – are a good way to record voices if you don’t mind having people attached to the camera by a cable. (You can avoid this by using a wireless mic or separate audio recorder – see below). 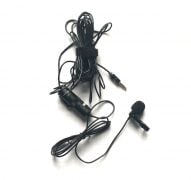 The Boya BY-M1 is very affordable, has a long lead and strong output level, and will work with cameras or smartphones. 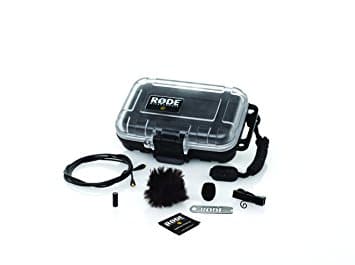 The Rode Lavalier mics are much more expensive but better quality.

The Rode Smartlav+ is made to be connected to an iPhone or other smartphone. You can use this – or the Boya – as a cheap alternative to a radio mic: put the phone in an actor or presenter’s pocket (running the Rode Reporter app), then sync the sound later.

Radio microphones are quite expensive, and some can be tricky to use. But they are a great way to get really good sound quality without a lot of cumbersome equipment, particularly if you’re filming on your own. 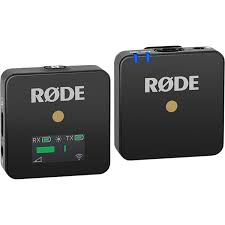 The new Rode Wireless Go is a compact and affordable option. The clip-on transmitter has a built-in microphone, though it’s better as a belt pack connected to a lavalier microphone. For recording two people at once, the newer Wireless Go II comes with two transmitters and a built-in recorder. 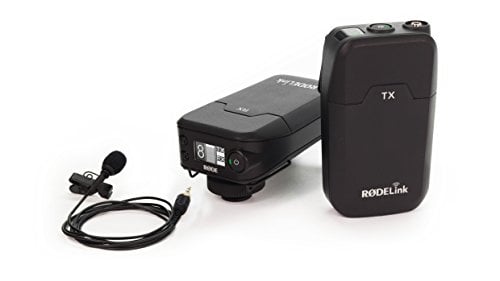 The Rodelink Filmmaker Kit has a better range, switchable output levels, and comes with a high-quality lavalier microphone.  (I use it: review here). The transmitter is relatively large. 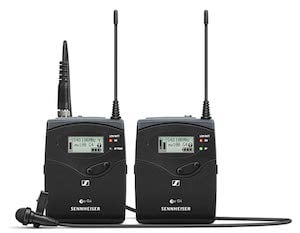 The more expensive Sennheiser G4 system is popular with professional video makers. It’s better for drama as the transmitter is smaller and easier to conceal.

You can use a directional (supercardioid) microphone. This will mainly pick up sound from in front, cutting out sound from other directions.

The Rode NTG-2 is an affordable directional microphone. Unlike the NTG-3 (below), it can run off AA batteries.

Like most professional microphones it uses 3-pin XLR connections, which keep noise down when you use long cables. (You’ll need an adaptor if your camera doesn’t have XLR inputs). For working outside, you’ll need a blimp and windshield as well – see below. 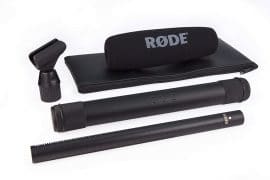 The Rode NTG-3 is more durable, with better sound quality and less handling noise. But it only works with 48v phantom power through the XLR connector. This limits it to use with professional cameras, and recorders like the Tascam DR-60 (below). 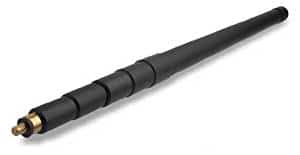 These microphones can be held above the action on an extending boom pole. This is the traditional way to record sound for a drama scene (you’ll need someone to hold the boom for you). 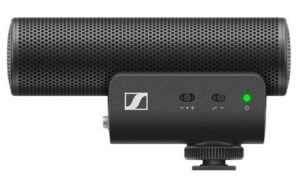 For run-and-gun filming and blogging, the best option is an on-camera directional microphone. The new Sennheiser MKE400 Mk II has good sound quality, switchable audio output levels, a built-in windshield and a headphone socket. It comes with cables for connecting to a standard 3.5mm input (TRS) and a phone (TRRS), plus an effective furry wind gag.

For drama and recording groups of people, you could use it as an inexpensive substitute for a pro directional microphone, by mounting it on a boom pole and connecting it to a basic audio recorder like the Zoom H1n (see below) clamped to the boom.

If your camera only has basic sound recording options  you may be better off recording sound with a separate audio recorder and then syncing the sound up in your editing program. Pro editing programs like Final Cut Pro X can do this automatically. 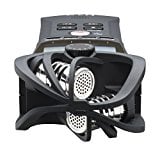 I have a little Zoom H1n.  It’s affordable and records great sound with its built-in stereo microphones. It’s a compact, economical solution for interviews and presentations, and even indoor drama if you hide it behind props.  You can connect external microphones, but you’ll need ones with a good output level to avoid hiss. Full review

The TASCAM DR-60D Mk II, designed specifically for DSLR filmmakers, is a four-track recorder/mixer with professional XLR mic inputs, so you can combine several microphone inputs. Unlike the Zoom, it doesn’t have a built-in microphone.

When you film outside, you’ll need something to cut down wind noise. Foam covers are useless for this: you need something furry. You can get basic wind gags like the Redhead for small microphones and audio recorders. 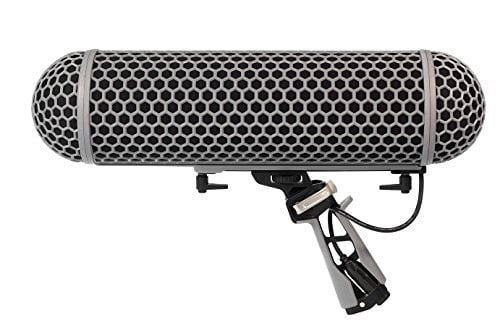 For anything above a gentle breeze you need to use a proper windshield: a tube-shaped enclosure with the microphone suspended inside it on elastic support, and a furry cover. The Rode Blimp is designed to fit the NTG-2, NTG-3 and NTG-4 directional mics.

Cheap tip: Put an audio recorder on a mini tripod in an IKEA Fyllen laundry basket for recording ambient sound outside – it makes a handy windshield.

You should listen to the sound on headphones while you record, if at all possible. I use Sony 7506 studio headphones. 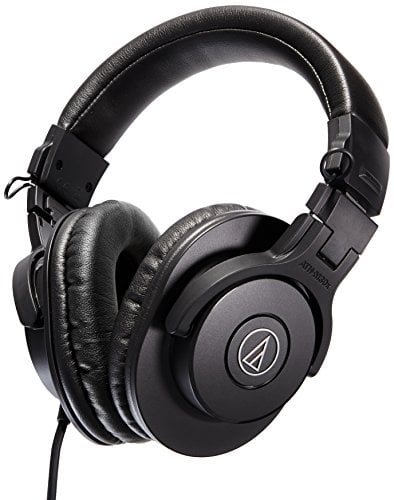 I’ve done a comparison of microphone options for iPhone filming.

The least expensive option in each category is listed first.
Buying from these affiliate links helps to support learnaboutfilm.com.

How to use sound in your film