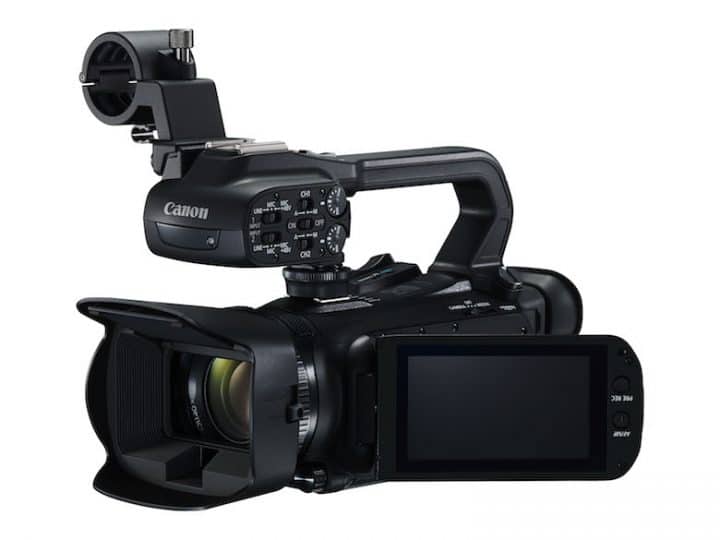 These cameras have better image and sound quality than consumer camcorders.  They give you more creative control, and you’ll get better results in low light. They’re also easier to use than SLRs for filmmaking: some have ‘top handles’ for low angle shots, and they have buttons giving quick access to many of the features. Their sensors are relatively small, so they aren’t as good as SLRs in low light and you can’t get as creative with shallow focus – though they’re easier to keep in focus. Images look sharp and ‘video-like’ rather than cinematic.

Most prosumer cameras let you connect microphones and headphones, and some have XLR inputs for professional microphones. But they don’t have all the features of a professional video camera and can’t record ‘broadcast quality’ footage.

The Canon XA11 (top) is a compact semi-professional camcorder that’s popular for news gathering, documentary and corporate video. It can shoot Full HD slow motion but not 4K. I used its predecessor, the XA20, on several education projects: they’re well-designed and easy to use. 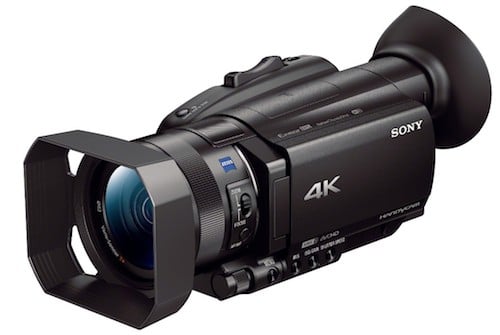 Newer, costlier prosumer camcorders like the Sony AX700 can shoot 4K Ultra HD and have larger one-inch sensors for better performance in low light.  The AX700 has fast autofocus and can also shoot in super slow motion, but it doesn’t have a top handle and XLR inputs like the XA30. The pro version (the PXW-Z90, featured on this page) does.