These cameras are some of the most user-friendly options for shooting video. Most of them have big zoom ranges and good image stabilisation, though image quality (especially in low light) won’t be as good as DSLRs/mirrorless cameras or prosumer camcorders.

Avoid sub-$100 (£100) cheap camcorders with unfamiliar names. They have very small sensors, no image stabilisation, and crude digital-only zooms. If that’s all you can afford, you’ll get better quality with a used or refurbished Canon or Panasonic. 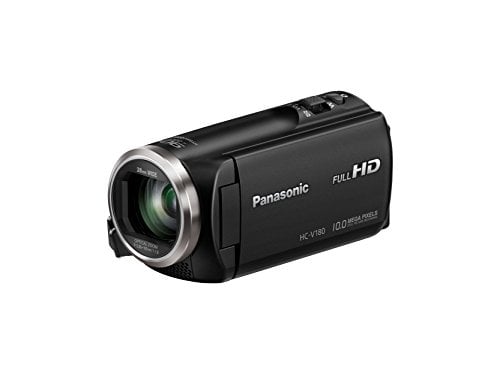 Small camcorders like the Panasonic V180 are easier to film with than iPads or still cameras. They’re good for schools and families. They have reasonable built-in microphones.

Mid-range camcorders have better image quality, and some have features like microphone and headphone sockets. 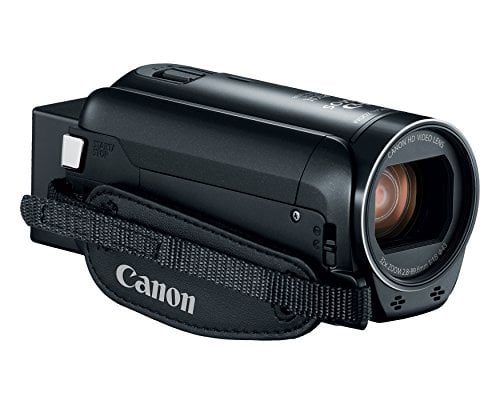 The Canon HF-R800 is the most affordable camcorder with a microphone socket (if you’re in the US – there’s no PAL version). They’re now discontinued, but you can pick them up used or refurbished.
Buy Amazon.com