What you need | Step by step | Storytelling

How do you get started with filmmaking, and make short movies or videos that people will want to watch? You need to:

Tip: Before you start on a big filmmaking project, make some simple short movies to build your skills.  So if you’re planning to make a documentary, make a mini-documentary to practise. If you’re planning a drama, try filming a single scene.

Want to get started quickly? Read my 10 tips for beginner filmmakers.

Want to know more? My 163-page illustrated guide Start Making Movies explains the filmmaking process, what you need, and how to use images and sound to tell your story.

Get the right equipment

You need a camera to film your movie. You could use an iPhone or camcorder. But a mirrorless camera like the Panasonic G85 or Fujifilm X-T3 has more creative potential. A microphone will help you get better sound, and a  tripod or stabiliser will keep the camera steady. You might need lights or reflectors.

You’ll need an editing program or app. iMovie and Adobe Rush are easy to use; Final Cut Pro X and Adobe Premiere Pro are more advanced and powerful. If you’re shooting on a smartphone, you could edit on the phone or a tablet, but it’s easier on a computer.

Here’s my list of what you need to get started. You don’t need to buy everything: it’s best to hire or borrow anything you won’t use regularly.

Film language means the way pictures, sound and editing help to tell the story. You need to know when to use a closeup and when to use a wide shot. You can use the lens, camera angle, light and sound to create a mood.

It’s important that your shots look right when you edit them together. The continuity system can help. It’s a set of rules about where to put the camera and how to frame your shots. It’ll make your movie easier to understand and better to watch.

First, decide what kind of movie you want to make and why you’re making it. Is it a drama, a campaigning video, a documentary or a music video?

Keep the story or idea simple and make sure people can understand it. Can you describe it in 50 words or a tweet? If you can’t, it needs to be clearer.

Plan how you’ll tell the story. Beware of relying on a clever twist: your movie should be interesting all the way through. Make sure you grab people’s attention from the start, then give them a reason to keep watching to the end.

You could follow a standard three-act structure. A setup introduces the characters and the scenario. In the confrontation they work through the challenges, and a resolution wraps it up.

If you need inspiration, I’ve put together some cool short movies and ideas here. And this page has short film story ideas and advice.

Be realistic. Don’t worry if you can’t afford lots of characters or an expensive location. Instead, treat limitations as a challenge.

Keep your movie short. You can make a one-minute movie in a few days.  A ten-minute movie will take weeks. And the longer the movie, the harder it is to hold people’s attention to the end. 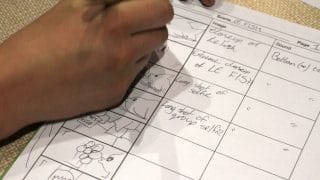 Pre-production is the planning stage, where you work out your movie in detail. You need to plan what you’re going to film, how you’ll film it, and what you’ll need for the shoot. Planning might seem boring if you want to go straight to filming, but it’ll save time in the long run.

There are several ways to plan. You can develop ideas using a mindmap or mood board. Then you can write a script and draw storyboards or make shot lists. Go to this page for my film planning templates.

Choose actors or presenters/interviewers carefully. So, for a serious movie, don’t rely on using your friends unless you’re sure they can act. Audition them before you commit to using them.

Drama students can make good, affordable actors. But if they’ve only acted on stage they’ll need to tone it down for the camera. That means speaking more naturally and using smaller gestures. They should keep their eyeline close to the camera without looking into it the lens.

Check out the locations where you’re planning to film. Make sure you can get permission, and find out if you’ll have to pay. Is the location safe? Will there be any interruptions?

Some filmmakers shoot ‘guerilla-style’, filming on location without permissions or permits. This is risky as you could get stopped or fined. And it may not be necessary: some cities will let small crews or students film in the street for free as long as you let them know in advance.

Plan your film as a series of separate shots.  You’ll probably need between twenty and forty separate shots for a one-minute movie.

Don’t forget sound. You need to consider it from the start. Good sound can make an average movie great; bad sound can make it unwatchable. So if you don’t have the right gear to get good live sound, make a movie that doesn’t need it. Edit to music or a voiceover, or add sound effects. But be careful not to use copyright music without permission.

When you’re ready to film, you need to make sure you’ll have everything you need on the day. You can use a shooting schedule and call sheets to plan this. 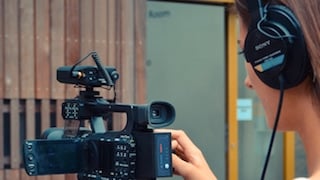 Production is the filming stage.

Work in a team if you can. You can film single-handed, but it’s easier with other people. In a three-person team, the director has overall control and works with the actors or presenters. A camera operator films the shots. The sound recordist sets up microphones and checks the audio.

The filming stage is much easier if you’ve planned it in advance. Make sure your actors learn their lines, and work with them to ‘block’ the scene. That means planning where they will stand and move, and how the cameras will capture their performance.

If you need to shoot drama scenes with just one camera, you can do it by filming the action several times. 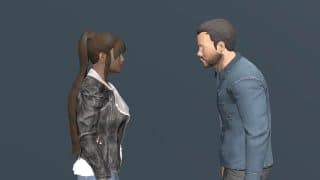 First, film a master shot of the whole scene all the way through. 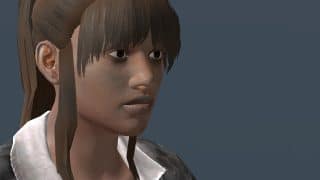 Then reposition the camera to frame a closeup of one actor. Film the scene again. 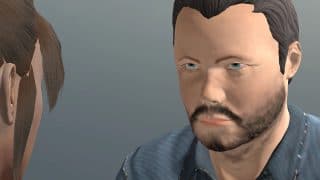 Now film the scene a third time, framing the second actor. When you edit the movie, you can start with the master shot then cut back and forth between the closeups.

Before you start recording, check that camera settings are correct. Check the framing, light, sound and focus. Use a microphone, and listen to the sound on headphones, if possible.

Film each shot for longer than you need (ten seconds before and after any action). If you’re working in a team, you could follow the shooting drill on this page. Either keep the camera still, or move it smoothly and steadily: don’t pan and scan.

Check your shots before you leave the location if you can. 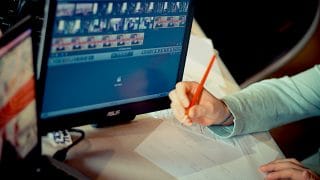 Post-production is where you decide which footage you’re going to include in your movie. Then you edit it, add sounds and effects, and get it ready to share. Make sure you allow enough time for this stage.

Before you start, get ready to save and backup your work. Then go through what you’ve filmed and choose the stuff you’re going to use. You could make a paper edit, working out the edit in advance. This can be particularly useful for documentaries.

Start editing by putting together a rough cut. Choose roughly the parts you need from each clip, and add them to the timeline in order. Then check the order and see if the movie makes sense. Change the order, and add or remove shots, if you need to. Remember it’s the finished film that matters, not the individual shots. So you should be ready to get rid of your favourite shot if it doesn’t fit the movie.

When the order looks right, adjust each individual edit so the sequence flows smoothly. Then add sound effects, voiceover and music, and adjust the audio levels.  With pro programs, you can also correct the colours. Next, you can add effects and titles.

Before you finish editing your movie, show it to other people and see what they think.

Make sure to save your movie and back it up. Then export or ‘share’ a copy at the highest quality your program allows. (You can alway make a lower quality copy from a high quality copy). Finally, make copies in the format you need for distributing your movie. If it’s for online use, check the specifications with your host or streaming service. If you’re not sure what format to use, choose MP4: it’s compatible with most phones and computers.

How I made a one-minute short film