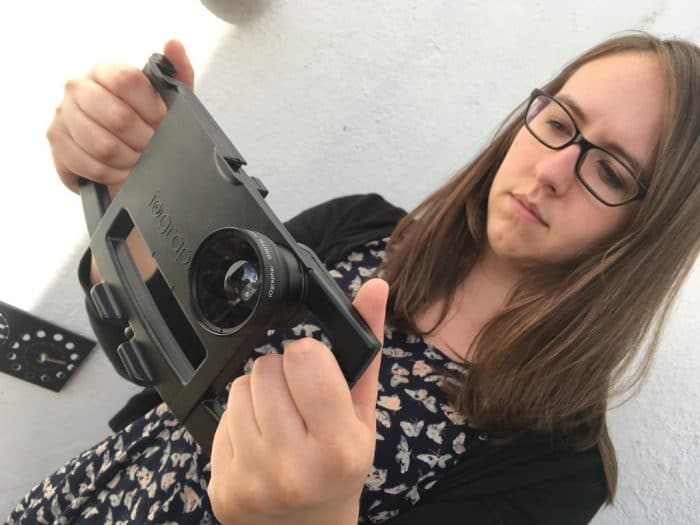 If you own an iPhone, you’ve always got a small, easy-to-use camera in your pocket. It’s great for filming where other cameras would attract too much attention. Video quality can be excellent, so they’re increasingly being used for news and documentary. People have even shot feature films with them.

You can also edit on them, though the free iMovie is a bit limited on the phone screen: it’s easier on the iPad. I prefer VN Editor, which is also free. LumaFusion has more professional features. I edit my own iPhone videos using Final Cut Pro X on a Mac.

>How to make a movie with your iPhone or iPad

Why doesn’t everybody film on them?

You can get soft, ‘noisy’ images in low light, and you may get flare when you shoot into the light. The lens doesn’t have true optical zoom, it’s hard to use focus creatively, and the microphone struggles in wind and background noise. But if you avoid shooting in difficult light – and you use the right accessories – you can get remarkably good video out of iPhones.

If you already have a recent iPhone or Android phone, you could also consider getting the DJI Osmo Pocket: it’s a little stabilised camera that can use your phone as a screen.

Reasons to buy an iPhone:

Reasons to buy an iPad:

You can shoot on your iPhone then move your clips onto another device – such as an iPad or Mac – for editing. AirDrop, found on all recent iOS devices and Macs, makes this easy.

Apple have removed the headphone socket from all current phones: you’ll need a Lightning to TRRS dongle if you want to connect a microphone.

Which iPad or iPhone?

Every current iPad and iPhone can shoot Full HD video, and all the phones can shoot 4K and slow motion. iPhones from the iPhone 11 onwards have optical zoom, which is better than digital zoom.

Video takes up a lot of space, so get a phone with plenty of memory. I’d aim for 256Gb or more.

You can save a lot of money by buying an older model, especially if you go for refurbished (make sure you get a guarantee).

There are several models. The basic iPhone 13 and mini have two lenses and better battery life than its predecessor. They also has ‘sensor-shift’ optical image stabilisation which may let you film handheld tracking shots without a separate stabiliser.

The Pro and Pro Max versions have Ultra Wide, Wide and Telephoto lenses. The main advantage over other iPhones is the introduction of ‘cinematic’ shallow focus (only in 1080p HD), with the ability to rack focus. They also have excellent image stabilisation.

All these phones have an Action mode which shoots in stabilised ultra wide format. The Pro Max and Pro can record in the professional ProRes format. They handle contrast and low light better than older models.

The basic iPad is the cheapest current Apple tablet, with up to 256Gb memory and a headphone jack, but it can only shoot 1080p HD and slow motion is limited to 720p.

The latest iPad mini can shoot 4K slow motion, and 1080p HD at up to 240fps. It doesn’t have a headphone jack so you’ll need an adapter.

The iPad Pro models come in two sizes, both with twin cameras. They can shoot 4K, have full HD 240fps slow motion, continuous video autofocus, and optical image stabilisation. They come with up to 2Tb of memory. The top iPad Pro can record video in the professional ProRes format.

If you’re buying used or refurbished, go for a fairly recent model. iPads more than a year or two old can’t be upgraded to the most recent version of iOS. (Apple support phones for much longer.)

Choosing a used or refurbished phone saves money and emissions (around 80% of an iPhone’s lifetime carbon footprint goes into making it). My refurbished SE 2020 works just as well as a new one.

If you do upgrade, you could keep your old phone to get a second angle, or as a ‘crash cam’ in situations when you don’t want to wreck your expensive new phone. You can also use one with a lavalier (tieclip) mic as a cheap alternative to a radio mic: put it in the actor/presenter’s pocket and sync it up later.

The biggest issue with iPhone and iPad filmmaking is shaky video, followed by poor sound.

It’s tricky to hold a phone steady when you’re holding it horizontally for filming. A clamp or case with a vertical handle makes it much easier. (You could also use a selfie stick). If you can afford it, I’d recommend getting a stabiliser such as the Osmo Mobile. You probably won’t need this if you opt for the top iPhone 12 Pro Max because of its powerful built-in stabilisation.

All these clamps and cases (except for the MPod) have tripod sockets, so you can mount your device to any standard tripod. 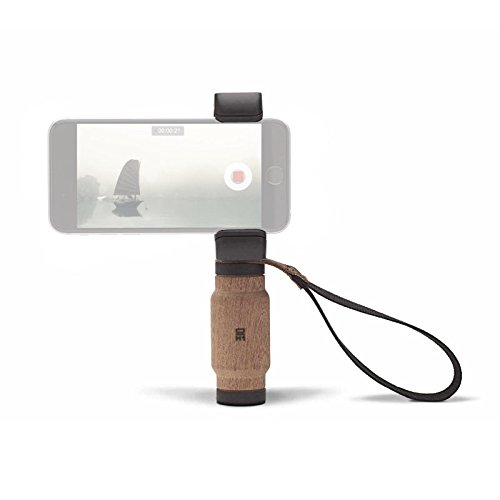 I keep the ShoulderPod S2 in my bag: it’s well-made, secure and looks professional. It’s part of an extendable modular system, and has a standard tripod socket on the base.

I carry the little Joby MPod in my pocket when I don’t have the Shoulderpod with me. It’s a combined mini-tripod and elasticated clamp: you can straighten out the legs to use as a handgrip. 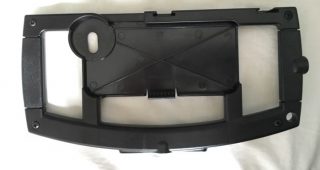 You could also get an iOgrapher case for iPhones or iPads. These have handles for easy handholding, a tripod socket, a 37mm mount for fitting adapter lenses or filters, and cold shoes for mounting accessories like lights and microphones. Most are designed for specific phone models, though they also make an adaptable Multi Case (which doesn’t have a lens mount). 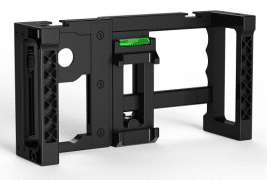 I’ve recently bought the versatile and inexpensive Zecti rig (above): it’s not as elegant or quick to set up as the iOgrapher, but it adapts to most phone sizes and includes two cold shoes, several brass tripod sockets, a spirit level and an adjustable mount for 17mm and 37mm adapter lenses. 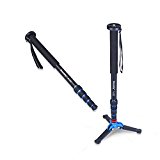 The compact, versatile Manbily A-222+M1 monopod is very affordable. It comes with a detachable tripod base. You can mount a clamp or case directly to it, or add a video head or ballhead. You can also fit the tripod screw to the base end and use it as a boom pole for high angle shots.

The Beastgrip phone case is more expensive than the other cases. But it’s adaptable for different phones, so you can keep it when you upgrade your phone. You can also adapt it with a depth of field adapter to fit professional SLR lenses.

The Padcaster gives you several different mounting positions for accessories. You can buy it as a bundle including a microphone and wide angle conversion lens. Some bundles, like this one for the iPad mini include a Lenscaster adapter which lets you mount SLR lenses for shallow focus shots.

To improve the sound, you can connect separate microphones. You’ll need an Apple to Lightning adapter for microphones with a TRRS plug.

The Rode smartLav+ is a neat lavalier (tieclip) microphone designed specifically for phones. 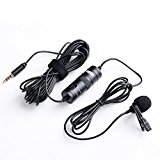 The Boya BY-M1 is a bargain lavalier mic for cameras and smartphones. The quality and sound level are remarkable for the price.

You can connect professional microphones as well, but you’ll need a TRS-TRRS adapter.

Electronic gimbal stabilisers are much quicker to set up than tripods, and allow you to shoot smooth tracking shots.

The £99 DJI OSMO Mobile 3 is a compact, effective smartphone. It’s easy to set up, folds down for easy travel, and its features include motion tracking, gesture control and programmable motion time lapse.

More about the Osmo Mobile 3

The cameras on iPads and single lens iPhones don’t go very wide when shooting stabilised video. (You can get a wider angle by using apps like Filmic Pro that let you turn off stabilisation).

You can add wide angle, telephoto and macro conversion lenses. Wide angle adapters are the most useful. You can get in closer and shoot in cramped spaces, and they make camera shake less obvious. But you’ll lose some sharpness. 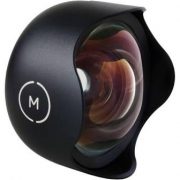 Small lights aren’t great for image quality, but they can be useful as ‘fill’ or for very low-light closeups.

The Aputure AL-M9 is very good value, compact and controllable. It has good colour rendition and comes with a couple of gels and a diffuser. You can handhold it or mount it on a cold shoe.

The iBlazr 2 is a compact and relatively powerful light that integrates with the Camera app.

You could use a rechargeable ringlight like the iSelfy to provide basic soft lighting and fill, but these cheap lights have poor colour rendition. 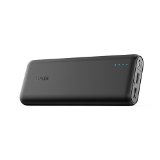 A portable external battery/charger is a good idea, especially for timelapses. I use an Anker charger. 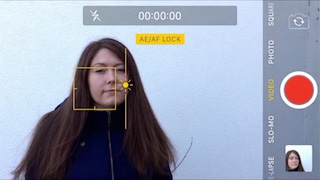 The Camera app bundled with iPhones and iPads is easy to use, intuitive and very stable. But it can’t film in standard European frame rates or at the 24fps used by filmmakers. 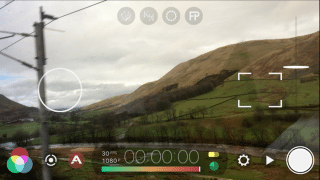 FiLMiC Pro lets you set manual focus and exposure separately, choose different aspect ratios (screen shapes), frame rates and video quality, adjust colour balance, display overlays to help with exposure and focus, and even ‘pull focus’. It was used to shoot Tangerine, a feature-length iPhone movie selected for the Sundance film festival. Usefully, you can turn off video stabilisation to get the full benefit of the iPhone’s 29mm lens (stabilisation crops the image). But it’s not as stable or easy to use the Camera app. 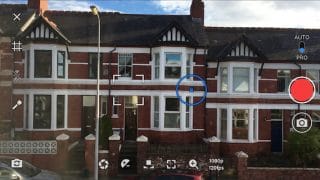 Adobe Premiere Rush (see below) includes a camera app with manual control options and a choice of frame rates.

It’s easier to edit on the iPad rather than the iPhone as there’s more screen space. Some editing programs have more features in the iPad versions. 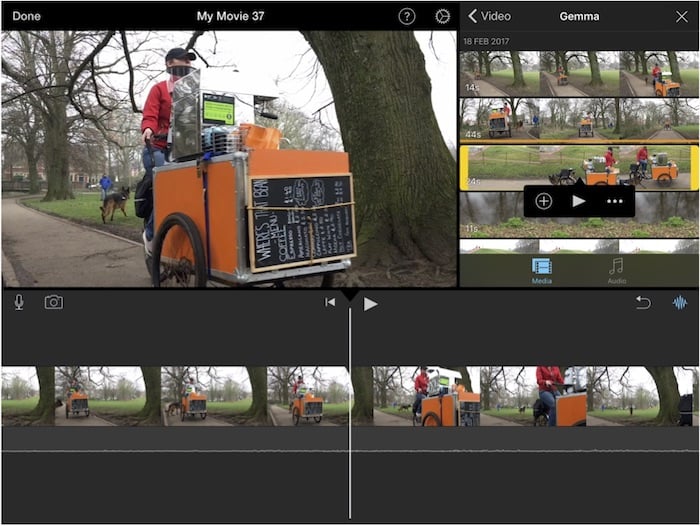 Apple’s iMovie  (above) is easy to use and works on both devices. It lets you add cutaways  and voiceovers, use just the audio from clips, and insert and add motion to still photos. But it’s only designed to work with video filmed on iOS devices, and serious filmmakers and mobile journalists will find it limited. 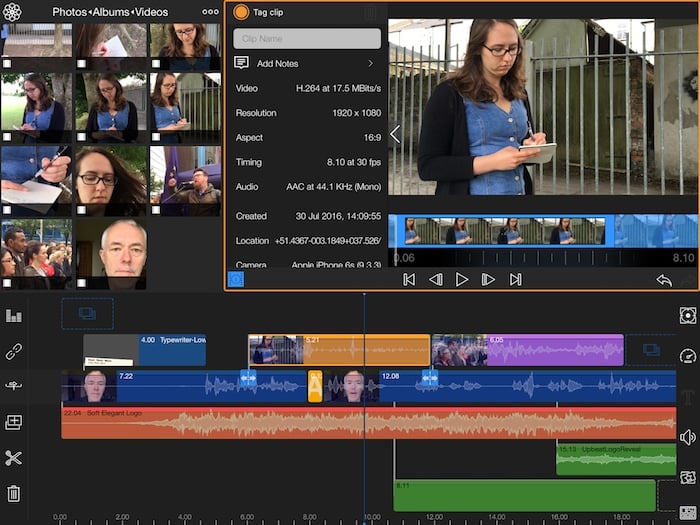 LumaFusion brings a raft of pro editing features to both iPhone and iPad, with up to three video and three audio tracks, and far more flexibility and control than iMovie. It works with a range of different aspect ratios (screen shapes). But the interface is complex, especially on the phone. 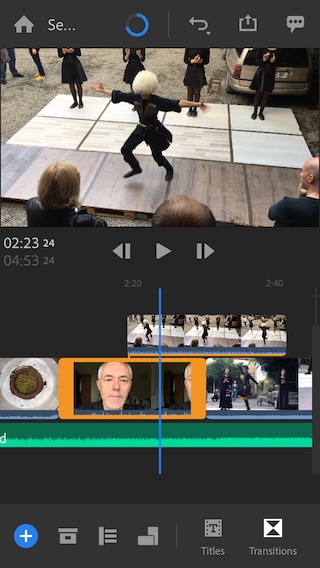 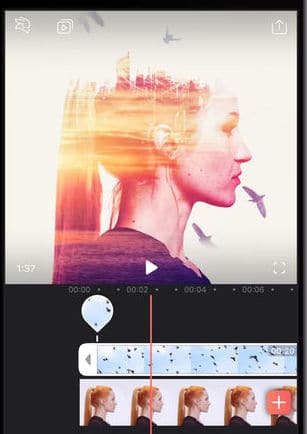 VideoLeap offers sophisticated effects including keyframe animations, layers, chromakey (green screen) and more. There’s a free version, but to unlock all the professional features you need the paid version. You can pay monthly or annually, or with a one-time fee.

I provide iPad/iPhone filmmaking training for businesses, organisations and individuals (online only during the current Covid pandemic).

1/3 OFF - BLACK FRIDAY/CYBER MONDAY SALE
Start Making Movies is an easy to understand, 163-page PDF guide that shows you how to start making short films and videos. It uses clear explanations and hundreds of illustrations to introduce equipment, the filmmaking process, film language and film storytelling.