When you film a scene using separate shots, it’s important that people understand where everything in the scene is. You can use the 180 degree rule, together with looking space and eyeline match, to help them. 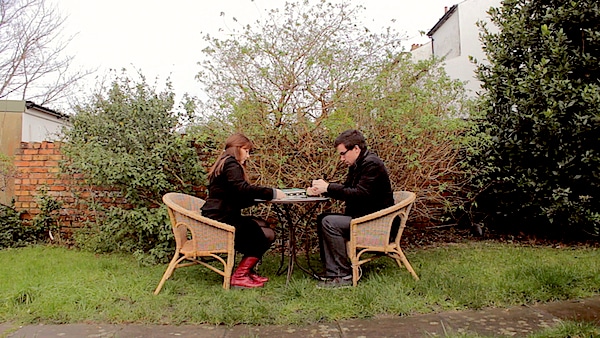 You could just show your scene in long shot, but that would mean we couldn’t see facial expressions, or details of what characters are doing, very well. It would also be quite boring because the camera position doesn’t change. 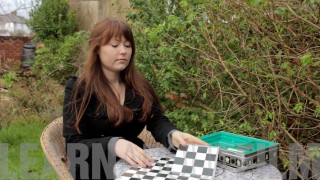 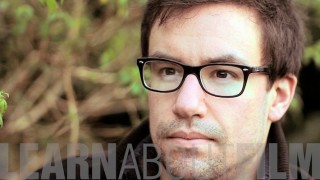 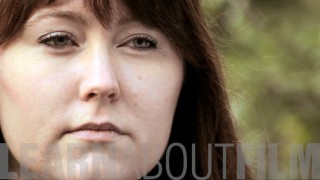 It’s much more interesting if you get closer and use separate shots, such as mid shots and closeups. It’s best if the camera moves round so it’s almost full on to the characters. This way we can see their expressions and identify with their emotions.

Shooting like this – first in one direction, then in the other direction – is called shot reverse shot.

To make sure this works, we need to imagine a line between the two characters. This is called the axis of action.

Then we need to keep the camera on one side of that line. If you break the rule you have ‘crossed the line‘. In the diagram below, the camera needs to stay in the blue shaded area. (The rule also applies if the character is looking at a thing rather than another person.)

This is called the 180 degree rule because the camera can’t move more than 180 degrees (half a circle) around the characters. 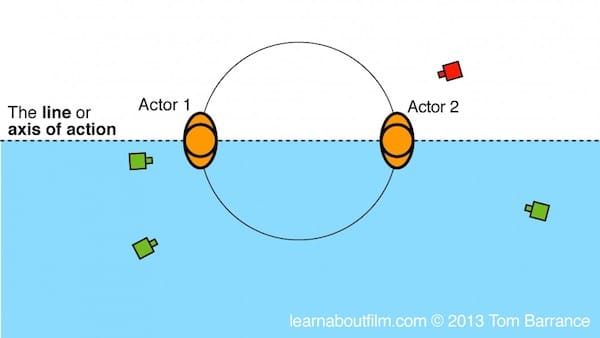 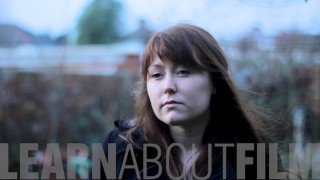 Shot 4 with a medium closeup that has ‘crossed the line’

If the camera swaps over to the other side for one of the shots, the pictures won’t work together. Instead of facing each other, the characters now look as if they are facing in the same direction.

When you join shots together using shot reverse shot,  you need to be careful about eyeline match. This means that the gaze of the character in one shot has to line up with the person or thing they’re looking at in the next shot (as in the shot above). 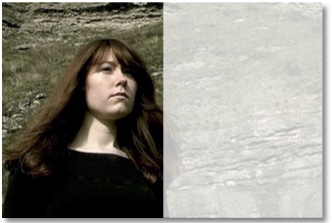 You should also frame the shots with looking space or nose room (more space in the direction they are looking).

Sometimes you need to change the line – if you have more than two characters, or you need to show the other side of the scene.

There are several ways to do this without the audience getting confused:

The 180 degree rule works for interviews as well, cutting between interviewer and interviewee. But you can get problems with eyeline if you’re filming up close and wide angle: the interviewee may seem to be looking well off to one side, which seems evasive. You can reduce this effect by keeping both camera positions really close to the axis, and moving back (using a standard or medium telephoto lens setting) to reduce the angle between the interviewee’s eyeline and the camera.

If a character is moving, the axis is the direction they are moving. If you cross the line they’ll look as if they are going in a different direction.

My new pack EditClass is a hands-on way to learn about the 180 degree rule and other aspects of the continuity system. It’s a complete short movie for you to edit, with a choice of over 90 clips including movement, action, dialogue and B-roll.