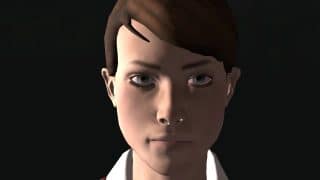 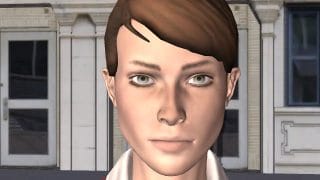 Getting the light right when you film is much better than trying to improve badly lit footage when you edit.

When you shoot a film as separate shots, it’s important to make sure that the lighting in a scene is consistent. If the lighting style and colour is too different, the shots may look as if they were filmed in different locations.

With any camera, the images will be better if there’s enough light, it’s in the right place, and it’s not too contrasty. But bigger cameras like DSLRs are usually better at handling low light or very contrasty light. It’s best to set the exposure manually if possible, rather than relying on automatic exposure. 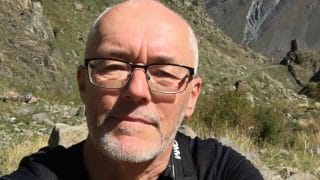 Small or hard lights, like bare bulbs or direct sun, cast harsh shadows. You’ll usually need to soften them with a diffuser, or fill them – reduce the shadows – with another light or a reflector. 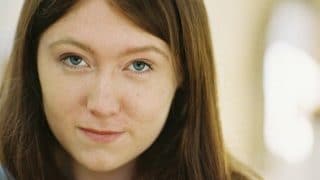 Big, soft lights – like a cloudy sky, or the light reflected off a white wall – give very even lighting and soft shadows but don’t have much atmosphere. This kind of light is the easiest to use. It’s good for scenes with a lot of detail and group shots. 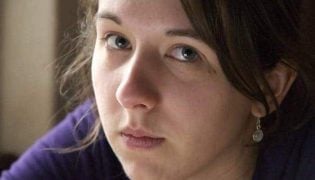 Medium-sized lights – like the light from a window, or a Chinese paper lantern – give a nice balance. They’re big enough to be reasonably soft but small enough to be atmospheric.

Light from directly in front is flat and characterless and can dazzle people you’re filming – but it may be the only usable option if you’re using a basic camera that can’t handle much contrast. 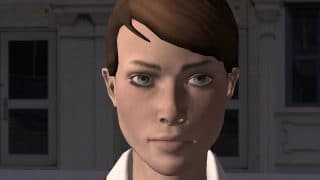 Three-quarter light – from a 45 degree angle in front of the subject, and above  – is the normal place to put the main key light in traditional lighting setups. It gives the image depth. 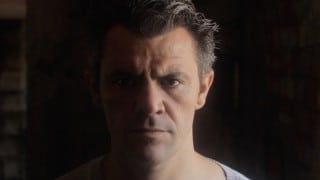 Light from the side can be really atmospheric but is trickier to work with. Shooting against a dark background, you’ll get a moody low-key effect. You’ll probably have to adjust the exposure to avoid making the skin tones too bright. 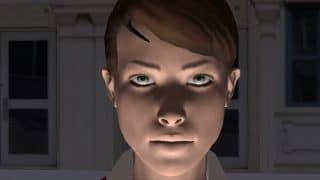 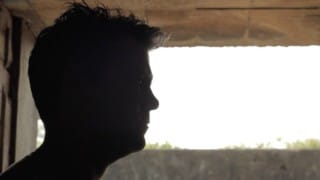 You should usually avoid shooting into the light unless you’re aiming for a silhouette effect. 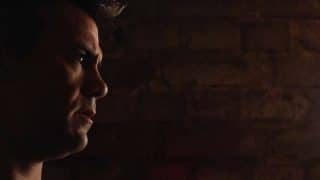 Rim light – from a light behind the subject, but out of shot – can be atmospheric and is a good way to make the edge of the subject stand out from the background.

It’s better to have shots that are a bit too flat rather than too contrasty. Phone cameras and compact cameras are particularly bad at handling scenes with low light or high contrast.

If you can adjust the contrast in your camera, turn it down. Turn down the colour saturation (intensity) as well. You can always boost these when you edit the film; it’s much harder to reduce them.

Some cameras give you the option of filming in special flat or ‘log’ modes, which are useful for managing contrast. This footage looks dull straight out of the camera, but is easier to correct at the editing stage.

Three point lighting is the traditional way to light a movie scene: a main key light, a fill light to reduce the shadows, and a rim light to make the subject stand out from the background. Use the arrows on the interactive image below to see the effect as you add extra lights. 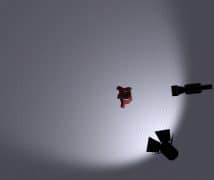 You start with a main key light. It’ s usually in front of the subject but to one side (and slightly above). Putting it to the side helps to give depth or ‘modelling’, showing the shape of the face. How far round you put the light is important: if it’s from almost in front, you’ll have flat, bright high-key lighting. Move it further to the side for dramatic low-key lighting with heavy shadows. 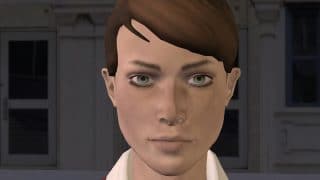 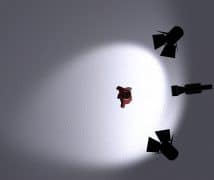 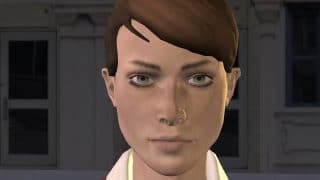 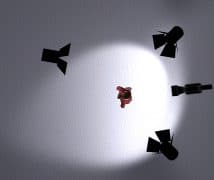 Then you add a third rim light (or ‘backlight’). It’s behind the subject,  but out of shot, to make the edges of the subject stand out from the background.

You can also add a fourth light on the background, and a small catchlight or ‘obie’ to put a reflection in the person’s eyes.

Carrying three film lights around can be a drag, but if you understand the principles of three point lighting you can use natural light and reflectors to get the same effect. You could use a window as a key light, with a folding reflector, white wall, or a sheet of styrofoam instead of a fill light.

There are several ways to improve light, whether natural or artificial. Reflectors let you fill in shadows; diffusers make lights ‘bigger’ and softer. You can also block the light and deepen the shadows using black card or flags.

One of the most useful bits of kit you can buy is a folding five-in-one reflector. These are great value: they include a diffuser and a zip-on cover with white, silver and gold reflectors and a black side to intensify shadows. Alternatively, you could use kitchen foil glued to card, or white styrofoam insulating board.

Using daylight is easiest on a day with even cloud cover: you can shoot in any direction and get reasonable shots. 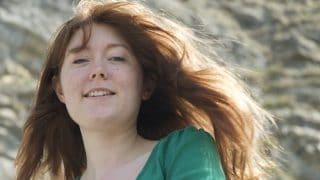 Sunlight is trickier as it can cast harsh shadows and dazzle your subject. For a subtler effect, use it as rim light (behind the subject, out of shot) as in the shot above. 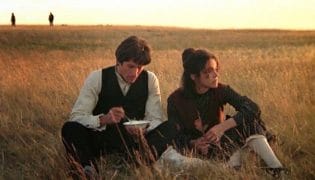 Low sunlight is tricky to work with but it can be very atmospheric: many films are shot in the rich golden hour light just after dawn or before dusk.

You can boost the light from ordinary ceiling lights and table lamps (what filmmakers call practicals) by fitting them with brighter bulbs. Use energy-saving bulbs to get brighter light without overheating. If you can afford it, buy special bulbs with good colour rendition. Manufacturers use a scale called CRI to measure this: you want a CRI of 90 or more.

You could bounce a powerful light, like a builders’ work lamp, off a reflector, a white wall or the ceiling. You can also use work lamps to shoot low-key (sidelit) closeups. Or you could buy a set of film lights. Halogen film lights get very hot; LED arrays use less energy and run cooler.

With any lights, be careful about overheating and the dangers of breaking glass, toppling stands and trailing cables. Don’t use LED lights without diffusers as they can cause eye damage.

Most cameras automatically adjust for different amounts of light. Automatic exposure works pretty well for average scenes. If your scene isn’t average – if it has lots of light or dark areas in it, or you’re shooting into the light – you may need to increase or reduce the automatic setting by using exposure compensation.

You should try and get the exposure right when you’re filming, but it’s more important to avoid overexposure – it’s harder to correct this when you edit. If you aren’t sure about the exposure, you should underexpose slightly.

Pay attention to skin tones as the audience will notice if these look wrong. Make sure you don’t have large areas of completely white highlights. Some cameras show you when this is happening with a ‘zebra stripe’ pattern.

For better control (if your camera allows it) set the exposure manually. The simplest way to do this is by shooting test shots and adjusting the exposure until it looks right. You can also measure the light with an 18% grey card, which the ‘average’ scene colour which cameras expose for. Hold it in front of your lens, filling the frame and you’ll get the correct exposure. You could also use a separate light meter. There’s more about exposure here.

If you walk outside on a sunny day, and then come into a room lit by ordinary house lights, your eyes will quickly adjust to the difference in colour and you may not even notice it. If you try and shoot the same things with a camera they may look very different.

Most cameras use automatic white balance to adjust to different colours of light. Don’t use this for filmmaking, as the white balance may change during a shot. Either lock it, use a preset, or set it manually (the best option).

Some cameras have presets for different kinds of light, eg daylight, cloudy or indoors.
Some cameras let you choose the colour temperature, which is a standard way of measuring the colour of a light.

To be really precise, you can set the colour balance manually by holding a sheet of white paper in front of the lens. (Some cameras require a special ‘grey card’ instead).

Locking exposure and focus on an iPhone also locks the white balance.

Remember that if you have set the white balance manually, you’ll need to change it when you go somewhere with different lighting. It’s easy to forget.

Try to make sure that all the light in the scene is the same kind. If you mix light sources – eg daylight from a window and fluorescent light in the room – it’ll be impossible to get them both right.